BE CONFIDENT IN YOUR OWN SKIN

A little about me, my transformation(s) and my WHY

Home/Blog/A little about me, my transformation(s) and my WHY
Next

A little about me, my transformation(s) and my WHY

Growing up I was always what I like to call “skinny fat” always the tallest in my grade, all bones, but somehow managed to have a pooch with no resemblance of having any core muscles.

The picture below was me going into the summer after my senior year of high school: 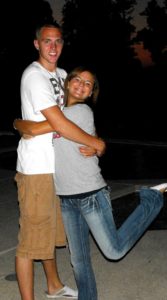 Being the skinny guy growing up wasn’t always bad, you know, until you hung out with our teammates who had real muscles and you keep asking yourself:

What the hell is this? Am I broken?

A pretty big change? Yes! But, those gainz still weren’t conducive to having abs, or a functional and stable core, or anything of that nature that I now think of as important. It was at this point that I finally realized that maybe all of the things you read on the internet aren’t true… maybe it’s just some guy eating McDonald’s being a keyboard warrior weighing 500lbs… I mean really you never know. After this realization I knew that I wanted to become an expert in fitness and doing things the right way. I’d like to think that what I do today and the content that I put out helps you sift through all of the garbage that litters the net.

So I started on this journey and continued it all the way through college collecting more information than anyone should ever have on one subject along with a degree and 10+ certifications to prove it.

Then it all changed… I married the love of my life, Hillary. 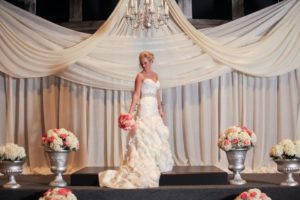 We got back from our honeymoon and we had literally been married less than three weeks and she comes in and says, I’m pregnant. Uh, what? So soon? I’m not ready! Crazy thoughts crossed my mind but within 10 minutes I realized that I am going to be a FATHER (super high moment). Now that is something to be proud of.

Here is our son, Cale, as of this week… 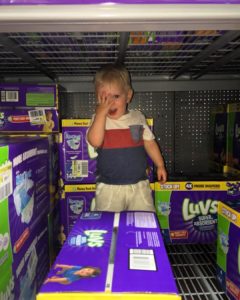 (Yes, he is in the diaper rack at Wal-Mart)

During the super high moments during the pregnancy and shortly after I also experienced some of the darkest times of my life. I had THREE grandparents pass away within a year of each other. Two of which were some of my last connections to my mother (besides my aunt) who passed away in a car accident when I was just a little over a year old. So as you can imagine my emotions were shot, I was depressed about everything (except my marriage and my son) it’s odd that it worked out that way but thank God it did. I am so happy I didn’t have to bring them to my lows.

And on top of that emotional roller coaster life had put me on, my hormones decided to go haywire on me… and by the way, we are just now getting them right and I have the best endocrinologist in the world!

If you have hormone issues or have had them, I sincerely feel your pain and know your struggle.

I say all of that (I bet you knew this was coming) to let you know that I put on a pretty large amount of weight during this time period. I went from 215-220 at around 15% body fat to 269(!) at around 28% body fat. It won’t do it justice see picture below to get at least an idea of how big I had gotten… 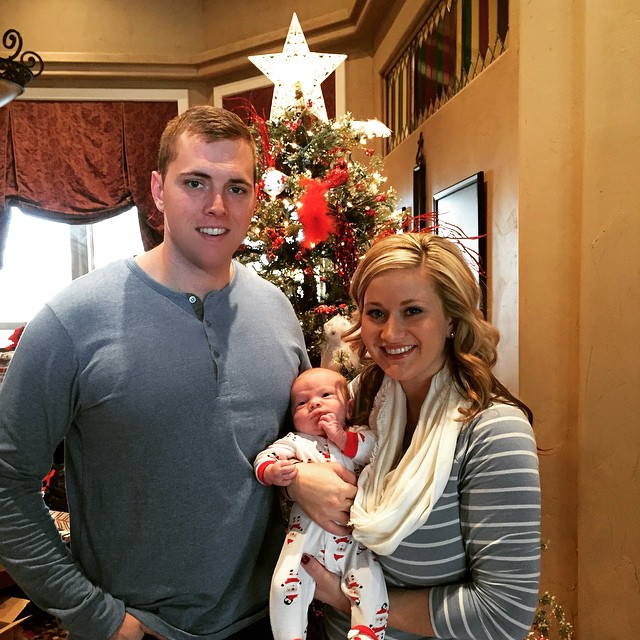 Now, don’t be fooled by this picture… I weighed around 270 here. That’s an XXL shirt and I am busting out of a pair of 38 waist pants from the BIG & tall section.

Why am I telling you all of this? Because I want you to know that I have had the same struggles you have. I have not always been “fit”. I struggle Every. Single. Day. Just like you.

You know what happened, though?

– Playing with my kids wherever and whenever is a must, if I didn’t work out this wouldn’t be possible (or as easy for me to do)

– As you all know, I own/run a fitness facility… while being fit/healthy isn’t exactly a prerequisite to doing this I am a firm believer in practicing what you preach

– And of course there is that last thing that everyone wants but it too embarrassed to say it, well, here it is: I want to look good naked

After I defined my WHY it made it easier to get back on the right track. After a lot of hard work and looking back and referencing my WHY I was able to drop 60lbs, get to around 8-9 body fat, be as strong/mobile/athletic as ever. See picture below… 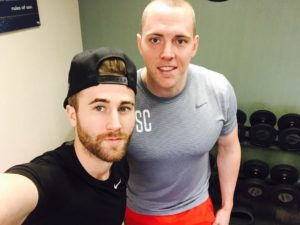 I’m not saying writing your WHY on a piece of paper is going to yield you the results you want. It won’t. You still have to put the work in, but, something about having a concrete direction of where you want to go and why really seems to help.

I hope this post gives you a little insight into my life and how I found my WHY.

Find yours and set out on the path to the best version of you ever.

About the Author: Chris Pearson

Get the following Every. Single. Month:

1. No Fluff, No BS Workouts Designed to Help You Shed Body Fat and Gain Lean Muscle

2. Monthly Workout Finishers to Take Fat Loss to the Next Level

5. Workout Challenges That Push You to Be Better Every Day

6. A Support Community Unlike Any Other